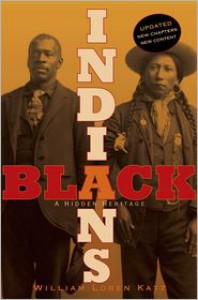 Though Canadian students are not taught American History in any detail, most can likely name Plymouth Rock as the first foreign colony in the United States.

Some might even dredge up Jamestown, or the Lost Colony of Roanoke.

But they will not name the colony on the mainland of South Carolina, established in the wake of Lucas Vásquez de Ayllón.

In fact, even American readers, even those who have recognized the complicated heritage which surrounds the celebration of holidays and anniversaries like Columbus Day, may not have heard of this colony. (Have you?)

"In the distant South Carolina forests, two and half centuries before the Declaration of Independence, two people of color first lit the fires of freedom and exalted its principles."

The legends of the white, Christian, European settlers are much more pervasive. They're the folks that schoolchildren draw and colour in social studies classrooms. Except that, ironically, most of the colours are left in the crayon box.

"Though neither white, Christian, nor European, they became the first settlement of any permanence on these shores to include people from overseas. As such, they qualify as our earliest inheritance."

"In the real wilderness two dark people met and often united. They were not driven together by any special affinity based on a similar skin color. Their meetings were unwittingly arranged by their enemies, the Europeans, who exploited both."

The history that Katz discusses requires all of the crayons in the crayon box. He is not only discussing the races that are traditionally left out of the colonial versions of history, but also the intersections between them.

And he's not just talking about it. Every couple of pages, there is an image -- a photograph or a painting -- which along with quotes from original source documents and liberal use of sub-headings makes for a good reading pace.

These images do not show the string of pale faces that one most often sees in the plates of conventional history texts, and they often reveal a spectrum of pigmentation that demonstrates that there is nothing black-and-white about this history lesson.