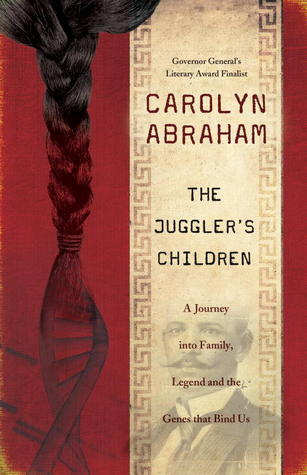 This is an excerpt from a longer consideration of the work, which can be read here: BuriedInPrint.

In the beginning, she knew that her ancestors inhabited an in-between world.

They were a “small swatch of mixed-blood people known by various labels when Britain ruled the subcontinent, many of them pejorative – half-castes, chi-chis, bastards of the Raj” but officially described as Anglo-Indian.

She grew up with rice-and-curry buffets and British pub-song singalongs, where everyone spoke perfect English with a unique subcontinental lift, with staunch Roman Catholicism alongside bad omens of overturned slippers or a knife having fallen to the floor.

Much was unknown about the patriarchal figures in her ancestry. “Where the juggler’s legacy was shrouded in secrecy, the Captain’s was clouded by wild speculation.”

But developments in genetics seemed to promise answers to questions long unanswered.

Carolyn Abraham’s background as a medical science journalist allows her to write about complex subject matter in a clear and accessible style.

(Even non-science-y sorts can make sense of genetics with her help, and even though this is quite possibly one of the subjects I’d've thought myself not-very-interested-in compared to most others, her approach is passionate and inviting: a compelling read, indeed.)

This is an excerpt from a longer consideration of the work, which can be read here: BuriedInPrint.